Back in the Fall of 2017 we announced that we planned to begin work to restore historic Paxtang Park in Harrisburg. This space will be used as a parking trailhead and picnic area for visiting cyclists using the Capital Area Greenbelt and Parkway Trail System. The lot will be mostly crushed stone and open meadow with a natural buffer along the creek and will feature a trail kiosk and picnic pavilion. Initial work began in 2018. Safety issues were addressed, dead trees were dropped, trash and debris cleared and more in preparation for this year’s construction.  Pennsy Supply has made a generous donation for the full amount of stone necessary to establish the parking area. Our partners at the City of Harrisburg own the property and helped to resolve issues with the municipality that delayed the work last year. Work has resumed with our target opening day in early April 2020. Work days will take place over the Winter and Spring. SAMBA has been involved with planning for the preservation of the Park as the project to widen I-83 takes shape in this area in the coming years. We are seeking volunteers that are interested in the beatification of the Park in the Spring.

Why restore the park?

The park has a lot of history and was once the hub for recreation in Harrisburg. This location of the Park is the center of the Parkway Trail System and an ideal parking and meeting area for visiting cyclists using the trails or Capital Area Greenbelt. We plan to establish parking for approximately 15- 20 vehicles, making the location ideal for group rides to meet and visitors exploring for the first time to park. This will be an important infrastructure improvement as we direct users to this lot and away from some of the smaller lots scattered along the route. Our hope is that by helping to establish this facility we can provide more welcoming accommodations for visitors, making Harrisburg a better destination for outdoor recreation.

Interested in learning more about the Park and it’s history?

Read through the following excerpts from an article in Harrisburg magazine and enjoy the photos below:

Paxtang Park, 40 acres in size, was leased to the East Harrisburg Street Electric Railway Company on July 19, 1893 for a ten-year duration. Their plan was to create a “trolley park,” where riders could dismount from the trolley car right at the park.

They constructed a pavilion capable of holding several hundred people with benches and shaded areas for picnics. In 1905 the park operators added their first roller coaster, the Coaster Flyer, a figure-eight roller coaster that operated on the site until 1922. A second roller coaster. The Jack Rabbit was added later. Oh, and that other area attraction, an amusement park built by Milton Hershey, was second out of the starting blocks, opening on May 30, 1906 with its first roller coaster not built until 1923.

At Paxtang Park, the original pavilion, built in 1896, was expanded in 1903, and the trolley line that went through the park was moved underground in 1906. They also added a 50’ x 150’ swimming pool, a miniature railroad (1907), a restaurant (1909) and an athletic field with a baseball diamond in 1912. A funhouse, called “the Giggler” was opened in 1914, and a new and improved version of the Coaster Flyer was opened in 1915. Yet another swimming pool was added in 1916 to replace the original pool constructed ten years before. Additional rides were added in 1918, the year the United States’ entered WWI, which included the “Whip” and the “Submarine Swings.”

Despite their significant investment, the trolley company, now called the Central Pennsylvania Traction Company, announced in May 1922 that they would be closing the park at the end of the season. In August of 1922, Thomas Kerstetter of Newark, New Jersey, doing business as the Kerstetter Amusement Company, obtained the option to continue operating the park and tried valiantly to increase the business, announcing in 1923 that the park would be enlarged, and several new rides added. Among the new rides that included another roller coaster, an airplane swing, a new carousel, was a new Ferris wheel. What makes this bit of information interesting is that the “Big Eli” wheel (manufactured by the Eli Bridge Company) still exists. Possibly because it was still fairly new, it was relocated to Prell’s Broadway Shows in Newark, New Jersey and eventually found its way into the hands of a fire department in Maryland that still uses it for carnivals.

Apparently the Kerstetter management did not prevail and by 1924 the park was being operated by the Standard Amusement Company of Newark, New Jersey. The new management invested in a few more new rides, but they would be the last installed at the park as the curtain began to draw to a close. The park soldiered on until the conclusion of the 1929 season and abruptly ceased operations prior to its customary start in 1930. Assuming control of the once-popular venue, the Steelton Bank & Trust Company formally closed the park on April 21, 1930. Various reasons for Paxtang Park’s demise have been put forward but a combination of three are likely the raison d’etre: the stock market crash of 1929 and the beginning of the Great Depression; what was once a rural spot at the edge of Harrisburg was fast-becoming a suburb; and competition from that upstart amusement park in nearby Hershey.

A series of One hundred year-old postcards is the only remaining documentation of the park’s heyday. 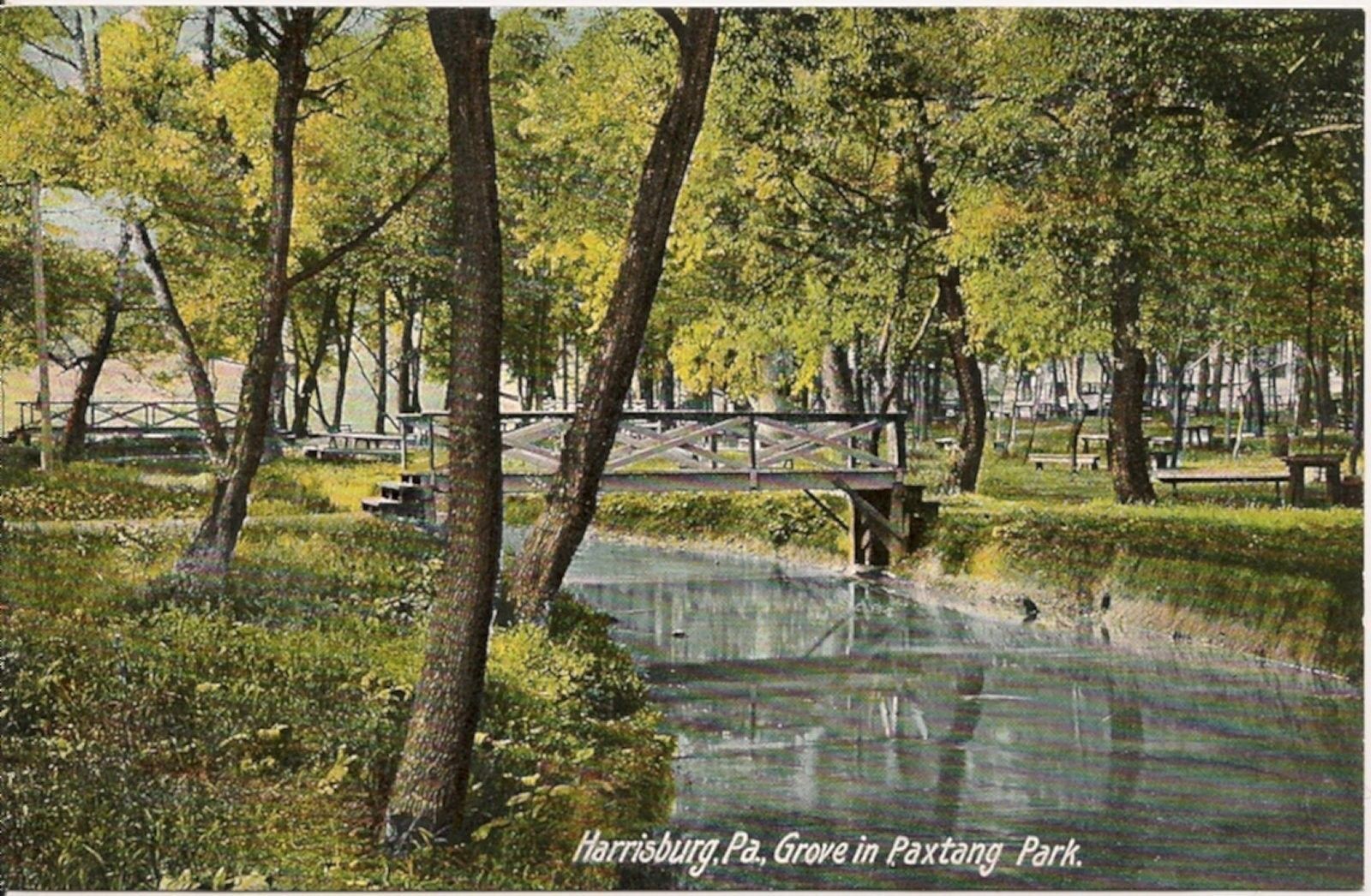 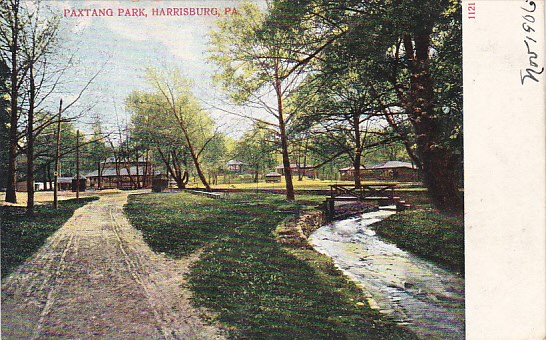 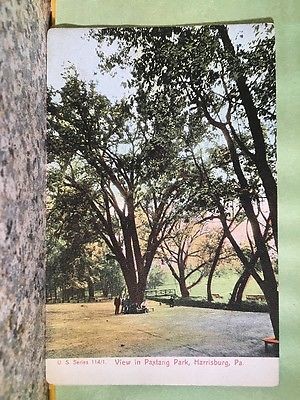 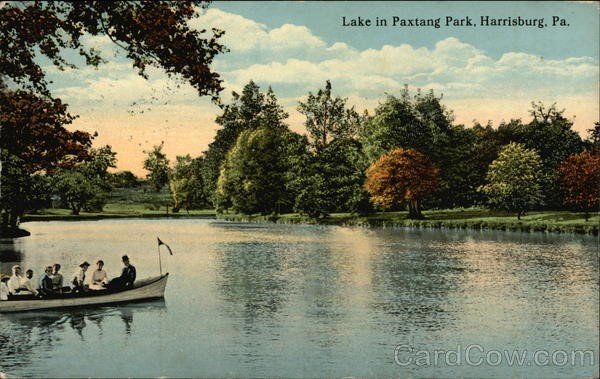 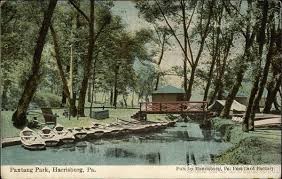 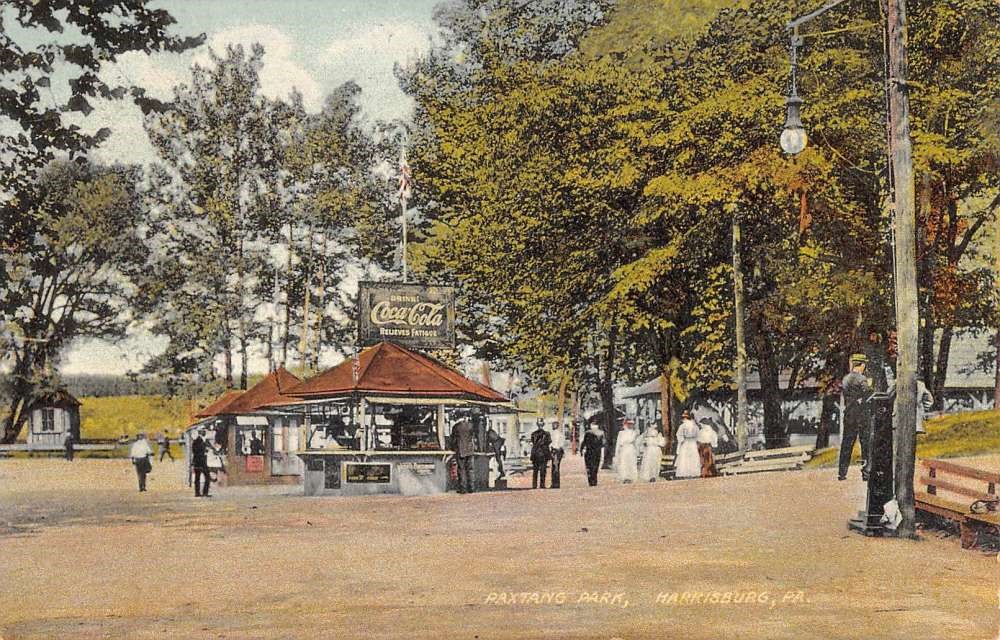 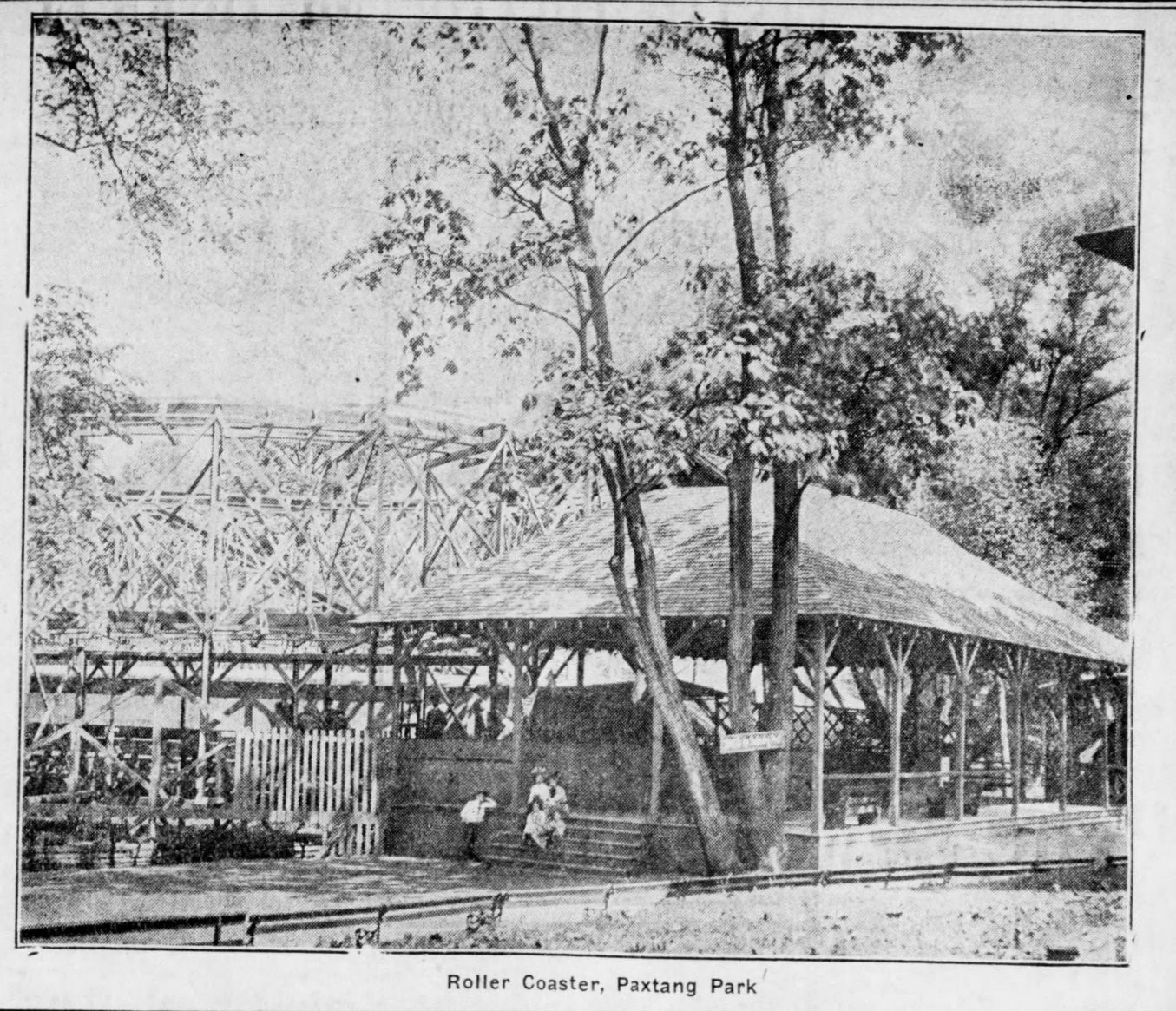 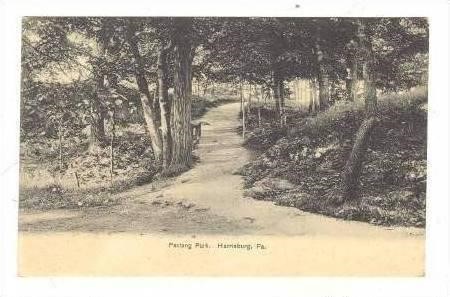 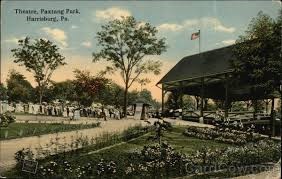 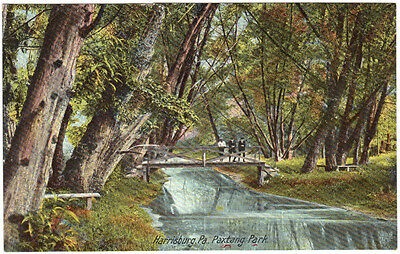 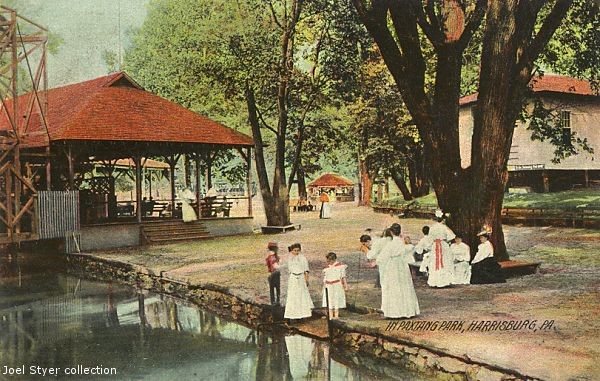 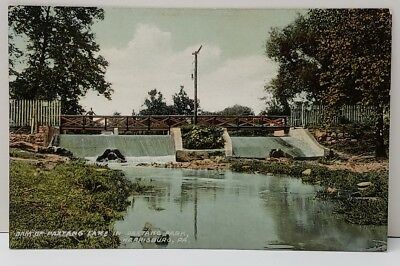 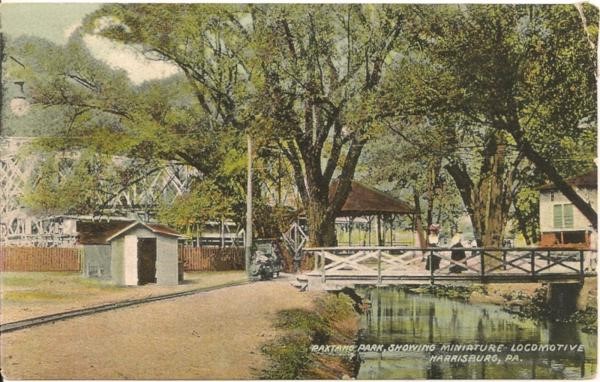 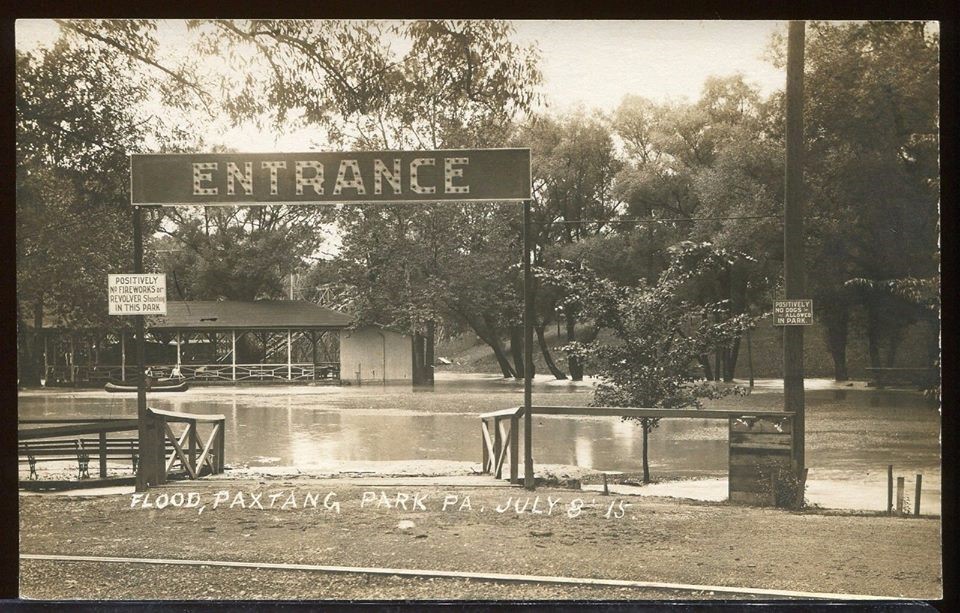 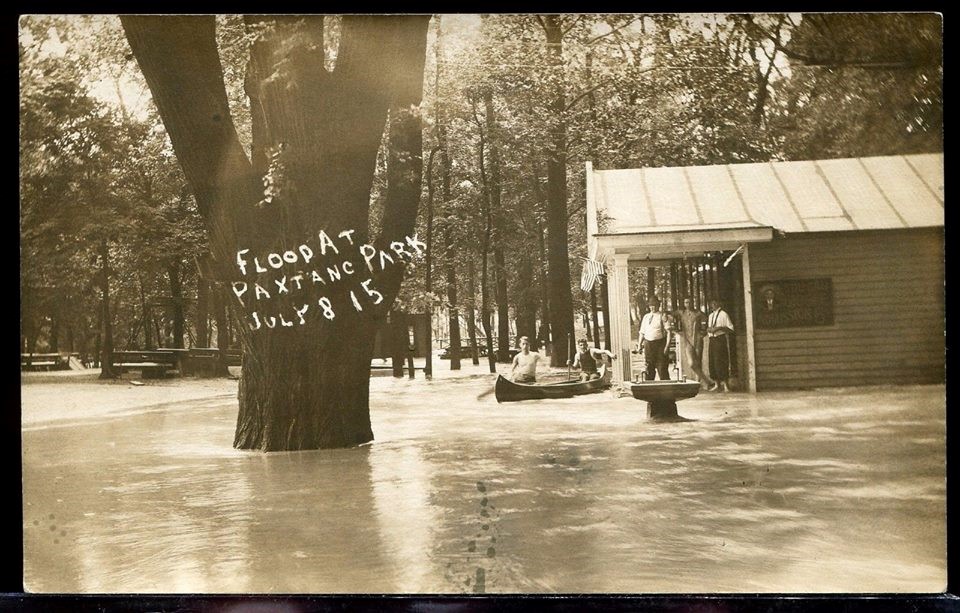 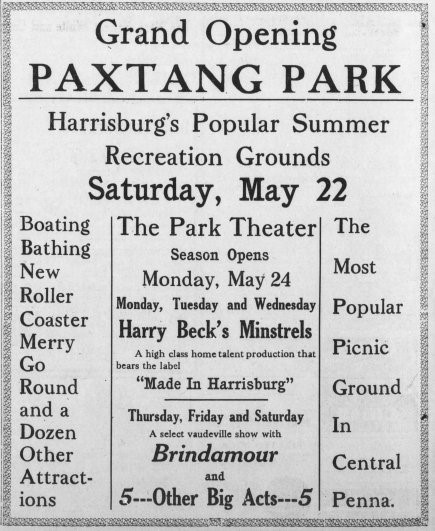 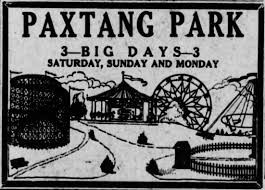